I’ve said this before and I’ll say it again: Optometry school was no walk in the park. Just like any graduate program, just when you think you couldn’t possibly take on one more task, you’re hit with even more things to do. Sometimes it’s hard to even catch a break.

Third year is also a bittersweet milestone. Most students are excited because they are halfway through their optometry school experience. However, this is also when things become much more serious. Third year is when the curriculum gets tougher, expectations in clinic become greater and, to top it all off, you’re studying for boards.

Here are some tips on how to get through third year when you have so much on your plate: 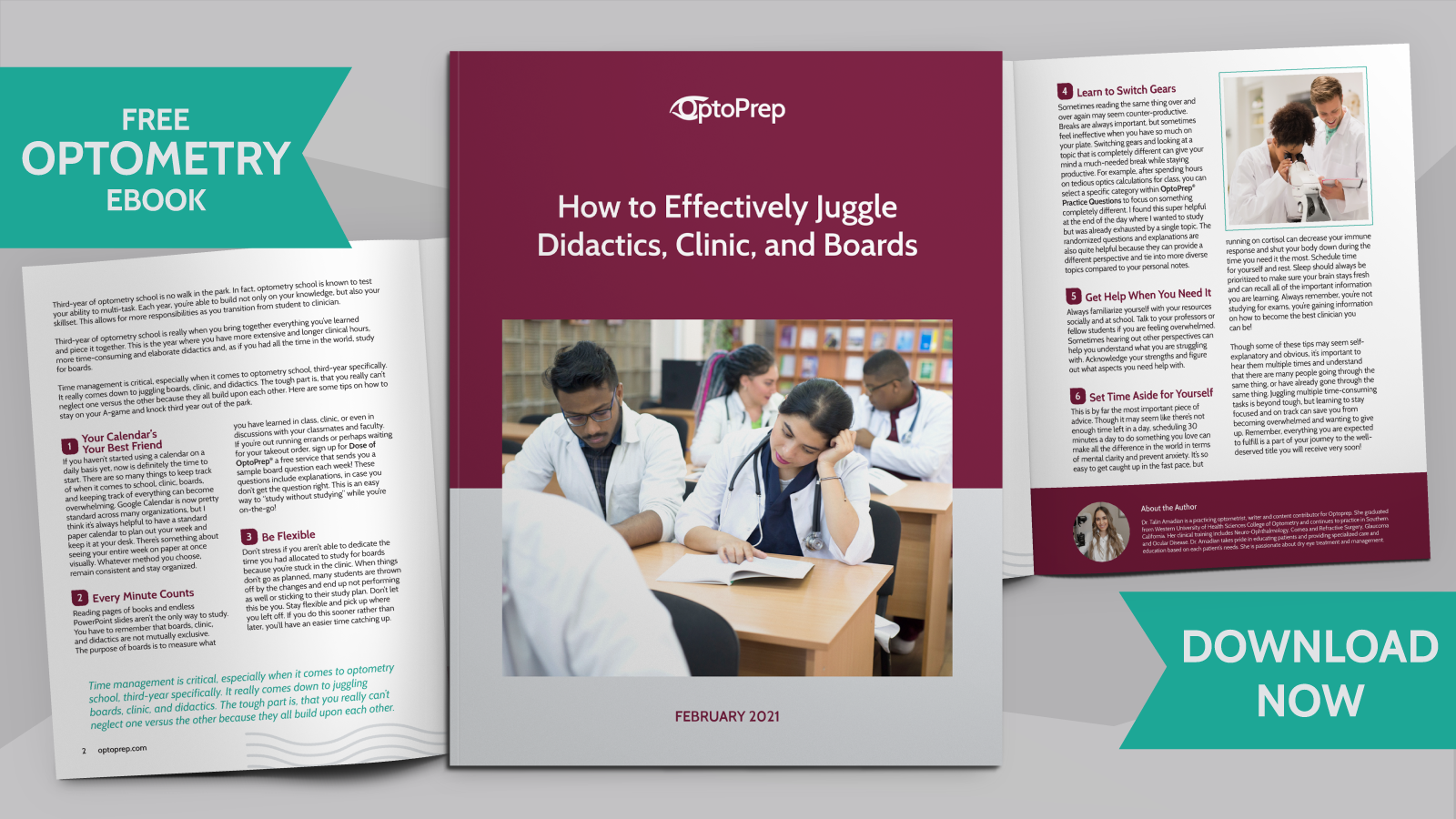 There you have it! Three simple rules to live by. These aren’t life hacks by any means, but just a simple set of practical advice from someone who has been in your shoes. Keep going, you will soon see the light at the end of the tunnel.