Ocular Manifestations of Diabetes Beyond Retinopathy

Diabetes is a systemic condition that can affect the entire body, including the eyes. Most clinicians focus on diabetic retinopathy as the primary ocular manifestation of diabetes.

However, diabetes can increase the likelihood of so many other ocular conditions. Here’s a shortlist of other conditions to watch out for when examining a patient with diabetes who may or may not present with retinopathy.

Cataracts: Cataracts are a major cause of vision impairment in patients with diabetes according to many studies. Not only does diabetes contribute to cataracts, but it can also affect outcomes of cataract surgery should the patient have active proliferative retinopathy and/or persistent macular edema.

Hypertensive Retinopathy: Most patients with diabetes have hypertension. Hypertensive retinopathy can present similarly to diabetic retinopathy with hemorrhaging and cotton wool spots.

Anterior ischemic optic neuropathy: 25% of patients with AION have a history of diabetes, leading to ischemia to the anterior aspect of the optic nerve.

Ocular Ischemic Syndrome (OIS): Though ocular ischemic syndrome is an uncommon problem, most patients with OIS have diabetes since diabetes can result in carotid artery stenosis and plaque formation which can lead to OIS. 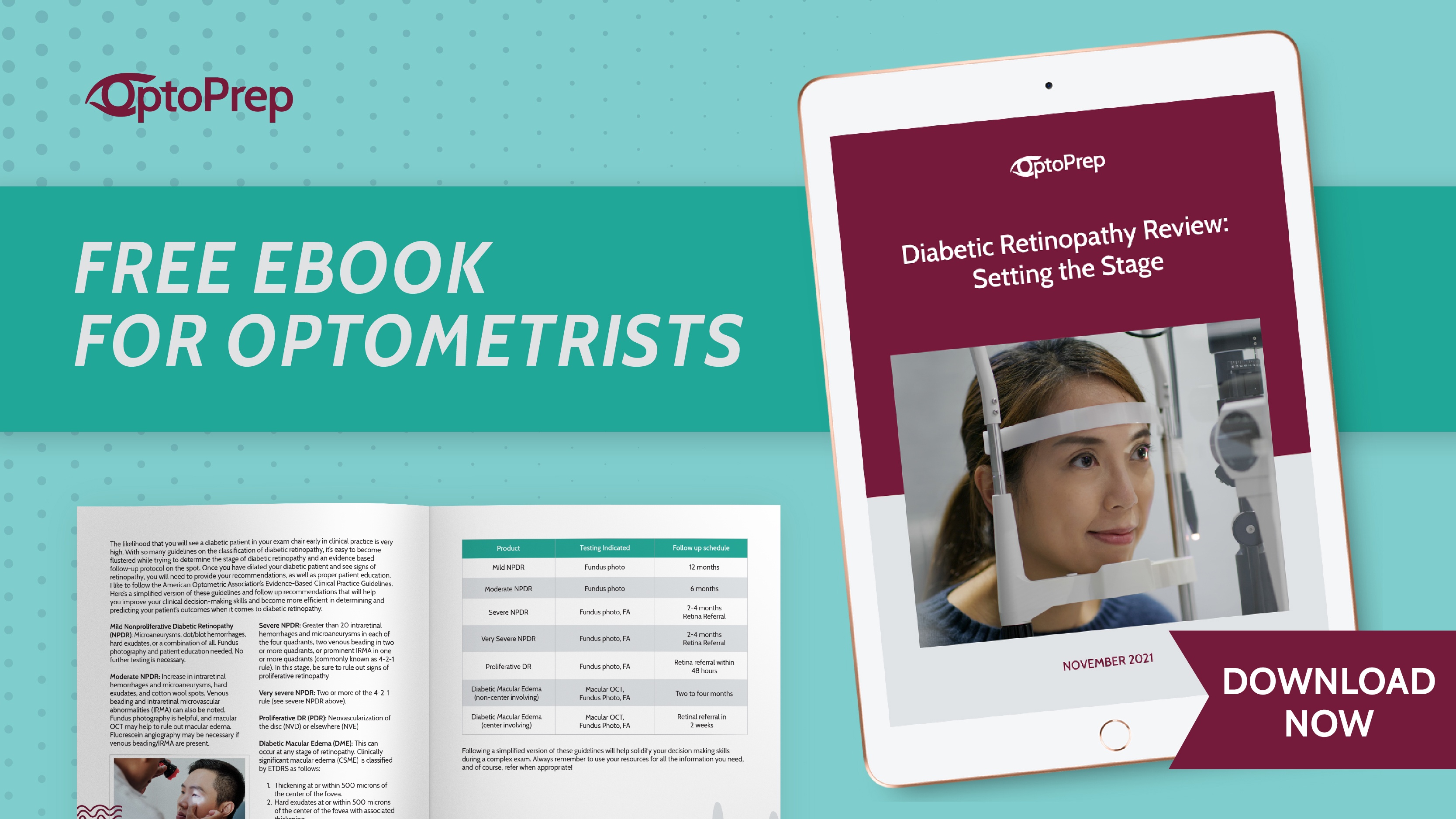