The One Supplement I Always Recommend For AMD

Without a doubt, vitamins used for macular degeneration are some of the most studied vitamin formulations in eye care. With Age-related macular degeneration (AMD) being one of the leading causes of vision loss in the caucasian elderly population, there is a very big chance this disease will be very prevalent in every eye care office in the United States.

The AREDS/AREDS2 clinical trials have set the groundwork for many supplements frequently recommended and studied for in regards to age-related macular degeneration. The AREDS studies have identified certain vitamins and minerals that can slow the progression of intermediate to advanced Age-related Macular Degeneration as well as developed guidelines for prescribing and recommending the vitamins at different stages in the disease process.

So what differentiates AREDS from AREDS2? It’s the formula. The first AREDS study was the first clinical trial that evaluated high doses of vitamins and their role in AMD. This study concluded that these vitamins and antioxidants reduced disease progression significantly in patients with intermediate or advanced AMD. However, research following the initial AREDS study concluded that a main component of AREDS, beta-carotene, increased risk of lung cancer in smokers, so it was back to the drawing board.

AREDS2 was another five-year trial with a slightly different formulation. In AREDS2, researchers wanted to see if adding lutein, zeaxanthin and/or omega-3 would further slow down the progression from intermediate to advanced AMD. The study also looked at the effects of elimination of beta-carotene. They found that adding lutein/zeaxanthin helped decrease the risk of progression by 10%. Omega-3’s were not found to have a role. Therefore, AREDS2 suggested that lutein/zeaxanthin should replace beta-carotene, especially when it comes to smokers.

Patient education in nutrition is very important all the time, but it should be emphasized in patients with signs of age-related macular degeneration. It is crucial to note the evidence behind your vitamin recommendation and its role within the disease process. Knowledge of the different components, as well as dietary recommendations, can make a very big difference in patient prognosis. Though these vitamins are found over-the-counter, they are a very powerful tool in combating vision loss related to AMD. With many supplements available on pharmacy shelves, it’s important to only advise patients to take those that are backed by solid research. Recommending green leafy vegetables such as kale and spinach is a good start, but taking vitamins in recommended doses is critical in treating each and every patient with Age-related macular degeneration. 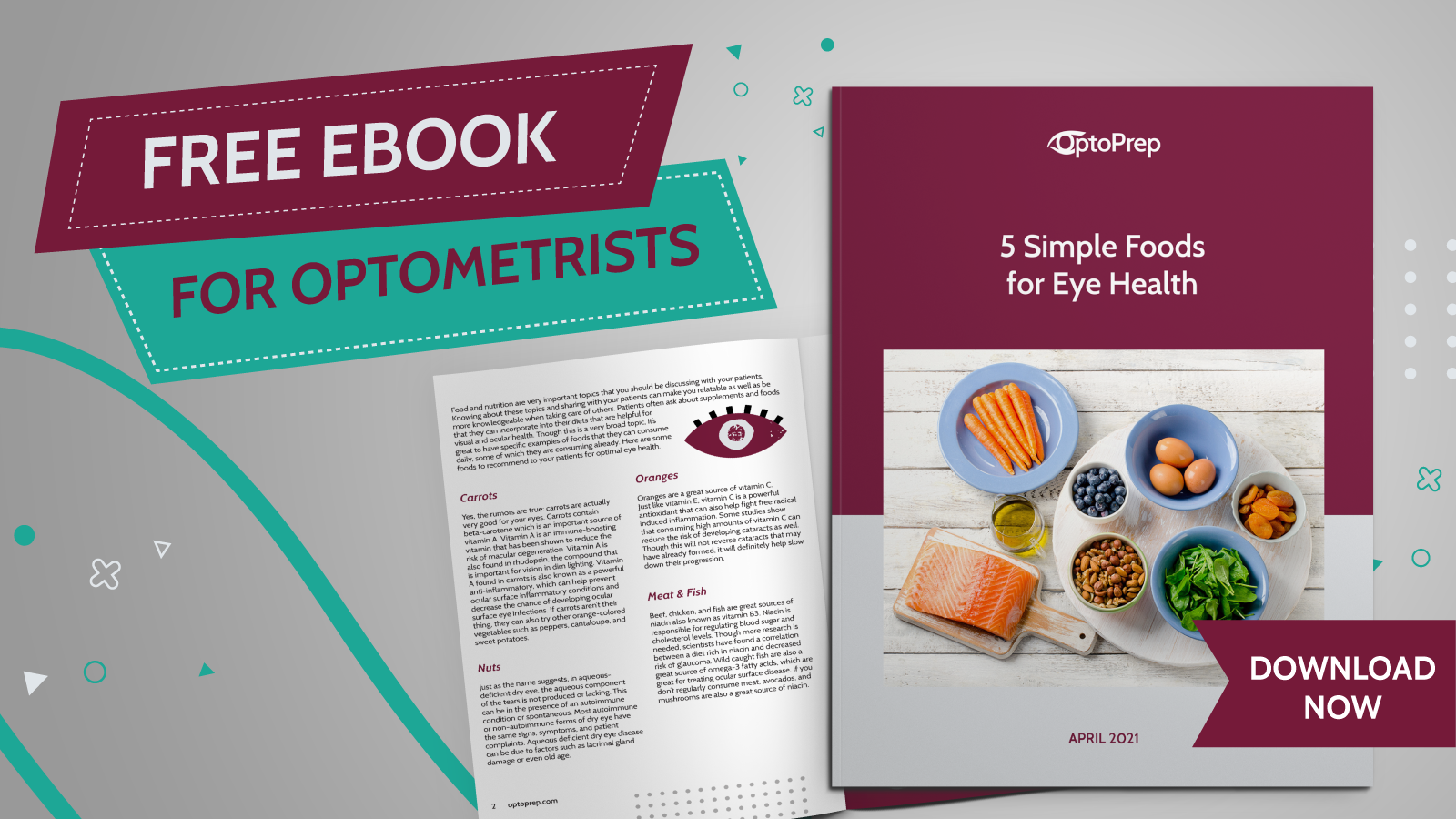